The life and times of a legend: Shaiful Risan's story. 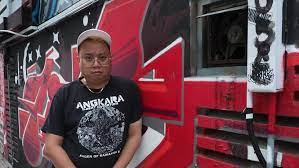 You’ve probably met Shaiful at Crane. Our resident Arts Associate, Shaiful is responsible for putting together a gamut of fascinating happenings, such as Archifest21, Sessions of Solidarity, and Cafe Daydreams. You’ll soon be seeing much more of his work at Crane’s new Arab Street branch, where Shai will now be curating a whole host of exciting and unique events.

But before we welcomed him to the Crane family, Shaiful was part of the Substation family. The Substation, as we all know, closed in the years since the pandemic. This bastion of independent art and creativity, largely unhampered by the forces of censorship (self or otherwise) opened in 1990, and survived over 30 weird and wonderful years.

In 2020, as the Substation struggled to keep its feet in the increasing global crisis, Shaiful wrote an impassioned plea that went out to all who valued creativity and freedom in Singapore. Crane is honoured to present this article to you now, as an introduction to our teammate, Shaiful Risan.

THE SUBSTATION DNA BY SHAIFUL RISAN

I went to my first ever gig at the Substation Garden. I remember it was in 1995, I was 12 going on 13 and the Garden was such a wondrous place. Being so young then it was just a place but in the context of 2020 looking back a full 25 years ago, it’s amazing how space, as well as Singapore in general, has changed.

A lot of these changes are irreversible. Age, cost of living, the standard of living, landmarks, policies, smartphone dependencies...the list is pretty long. In the 90s things were simpler, cheaper, less accessible yes but it was a lot of fun. Before you start assuming “oh is he going to ramble on about nostalgia again?”.

This article is not an ode to the past, however, it is a hypothetical call to arms of the future.

It was my secondary school years, and while I visited The Substation again only occasionally (alternative music shows were also commonly held in other venues as well and were scarce...unlike these pre-covid 19 days, where you could check out shows from a whole plethora of venues in a single weekend) it still wasn't enough to impart anything to a young me.

I was never part of The Substation management or payroll. I was always a friend of the space, so emotionally invested that I was always connected to it despite never being on the "family".

It's a unique position that has brought me friends and enemies.

Its a strange flattery.

Maybe you can call me "always a friend of The Substation, so much that he was perpetually linked with it"

In those pre-2000 years my visits to the space were limited and yes I had a curfew! I was always a good boy and with regards to proximity, I wasn't far off from The Substation either. City Hall with the old triumvirate of Funan Centre,

Excelsior Shopping Centre and Peninsular Shopping Centre were my weekend hangouts through those secondary school years. The Substation was also where I had one of my first brushes with theatre. I started taking a serious interest in 1999, my first year in Polytechnic (which I didn't complete, haha), and all the way till the call of NS enlistment in 2001.

I became an actor, doing school shows with D'rama Productions (now Drama Arts) as well as a TV appearance or two. I referred and inferred to the notice boards at The Substation quite frequently, mainly looking at casting calls and such.

I remember watching “Equus” at The Substation Garden, as well as Agni Koothu's “Oxygen” in the then christened Guinness Theater where the removable gallery seats were pulled out and covered not just stage front but also stage-left.

During those times, the independent music scene flourished, the 'kids' started taking matters into their own hands and did their own shows, and for a near two decades since I've seen The Substation, become a bastion and a spiritual home to anything that was different in Singapore.

From punk rock gigs to politically-charged theatre, from performance art to predictable exhibitions, from decorative art to impromptu appearances and gags by a touring circus troupe, I was blessed to have seen it all.

I consider myself extremely privileged to have acquainted myself with its Artistic Directors.

Even though I never met its founder, the late Kuo Pao Kun, and was too young to acquaint myself with T. Sasitharan during his reign, I was able to see through the only co-director tenure of Audrey Wong and Lee Weng Choy, the seminal warmth of Noor Effendy Ibrahim, the controversial Alan Oei and now the fresh and seemingly bidirectional presence of Woo Tien Wei and Raka Maitra.

I had also seen many technical managers and technicians and have conversed and liaised with a few of its General Managers and Venue Hire Managers.

From Cyril to Beng Kheng to Emily to Aisha in the office in their various posts.

From “Eurasian Shaun” to Anand to Terence, Chun Lai and Din, and currently Isyraff and crew.

And of course, Chris and Misha'al when they were Box Office custodians...and many other names missed!

It was always always always warm even when the aircon was blasting. It is this warmth that cultivated the callouses that made me a friend of the space. Upon reflection, I was able to observe the fluctuating functionality of the space; relative to who was there at the time.

Different in mood and flavor, depending on who was holding on to AD reigns, yet a constant remains with the evergreen caretaker Auntie Chua who; presumably without intent has preserved the energy of the space.

Through the years I always wondered this; The Substation was after all a former power substation and in a somewhat allegorical manner is representative of energy.

Is it energy? Is it the vibe? Is it art? Creativity? Difference? Indifference?

I dug deeper and I realized the answer to the first question; it’s DNA.

It was consistent yet a bit short of absolutist consensus.

Through the years it was always some form of arbitrary home for everything that was unique, different, flawed, process-driven, beautiful, ugly, complete, and derelict within Singapore.

Craftspersons to communities to cross-pollinators to creatives; some of whom already had a niche elsewhere and many who didn’t would somehow converge at The Substation (accessibility and charm is always a plus point, take note you so-called “placemaking experts”) partly due to its interdisciplinary exchanges (eg a gig running in the theater, while a dance rehearsal is going on at the second floor and an exhibition set up in the gallery all at the same hour!) some intentional and some circumstantial and with a DIY flavor in its constructs, all attributed to this characterization.

Not to mention the idea of mixed genre music events, DIY exhibitions that touched on cross-generational dialogue, works of an amphibian nature that attracted diverse-taste individuals and collectives.

Through the years it felt largely independent, non-judgemental, non-corporate, organic, and above all REAL.

And then there was the dialogue.

Sitting in town hall meetings with impassioned and seasoned artists and actors, musicians, and filmmakers all of whom have strong-worded observations was definitely amongst my personal highlights.

As one who grew up within the parameters of the local scholastic system, it was eye-opening to witness heated and honest debates that did not culminate into explosive tensions or confrontations of any sort. The very idea of seeing two people scream their throats out and grill one another, yet can share the same space and even the same cigarette at the end of it all was definitely defining for me.

The Substation had a welcoming vibe.

Sure the existence of Timbre, which was once The Substation Garden, was an eyesore, a bit of a thorn in the underbelly albeit one that paid the bills for the mother venue so it could keep continuing against whatever odds.

It was in The Substation that I saw all sorts of representations of the alternative, process and experimentation, incubation-in-experimentation, the underground, LGBT before the term existed, performance art in its inception years, political discourse, academics getting drunk, professors putting their status aside and engaging in honest conversation, homegrown initiatives getting their first start, controversial creatives, polarizing figures breathing the same oxygen and the whole gamut of crazies.

Welcomed, without prejudice by a management office open to listening to anything that was to be said.

It is this vibe, this energy that has been missing in recent years.

I do not wish to simply point fingers at anyone within The Substation.

They were largely circumstantial and situationist from circumspect conditions.

However I do feel that vibes surrounding but not inherent to The Substation; vibes that are cold, dismissive, expensive, spineless, gentrified, and soulless are increasingly commonplace, and there isn’t such a word for it but I will coin it anyway – common felt.

Placemaking has left its mark in the area nearby.

That to me is problematic.

Yet there is a simple solution, in an almost simple response.

Action through passive action, in some way.

You see, to me, The Substation DNA can be summed up in one word: REAL.

The realness can be felt anywhere, in any era.

From artistic integrity to rage, from disagreement to disappointment, from joy to elation, from resonance to gratification, from relief to uncertainty.

It is all there.

Technicality wise I have had the best experiences and the worst experiences there, yet there is always a calming effect, like an invisible hand patting you as if saying 'that was worth it’.

There were no regrets for me in doing ANYTHING at The Substation, be it for a project or simply dropping by to say hello to whoever could be there.

Yes, it may be cold and unwelcoming in recent times, but I do feel it is up to the community to reclaim the consciousness and rejuvenate the lost energies.

Developments in nearby areas are DEAD and BORING.

I'm sorry but Timbre has a whole different aura, even at peak attendance, it is just filled with those who see things in a different way.

The Substation can NEVER shut, or be moved away.

It is, to me, almost as sacred as a monument for it is the one place that serves as a true enabler.

And maybe, as a former energy generator that's what it's probably been doing through the years.

Those with The Substation DNA.

You know who you are.

The crazy bunch, the distortion loving maniacs, the queer kings and the dancing queens, the outcasts, the

crybabies, the odd, the bizarre, the weird, the performance artists, the punks, the hardcore kids, the

headbangers, the vulgar youth, the angry adults, the experimental purgers, the drunks, the wild academics,

the curious students, the restless insolents, the graffiti artists, the genius imbeciles, the obnoxious beauties, the nerds and geeks, the readers, the self-styled prophets, the heritage advocates, the petition initiators, the

protestors, the self-styled charlatans, the jialatans, the dreamers, the nightmare harbingers, the subculture enthusiasts, the independent wildcards, the skaters, the skinheads, the grunge idlers, the idealists, the pacifists, the passive-fists, the reggaemuffins, the stand-up comics, the cartoonists, the polarizing irritants, the post-contortionists, the loudmouths, the anti-academics, the motion fixers, the filmmakers, the antilocals, the post-locals, the locals, the noisy people, the politically charged, the bastards and assholes and everyone else in between...please come back.

The Substation needs you.

Survival in this capitalist hellhole is necessary and we cannot do this without one another.

Want to meet and chat with Shaiful? Drop in at Crane at 148 Arab Street!

Interested in being a contributing writer to Crane? Introduce yourself here below!
Thank you! Your submission has been received!
Oops! Something went wrong while submitting the form.
Tags:
Arts
Entrepreneurship 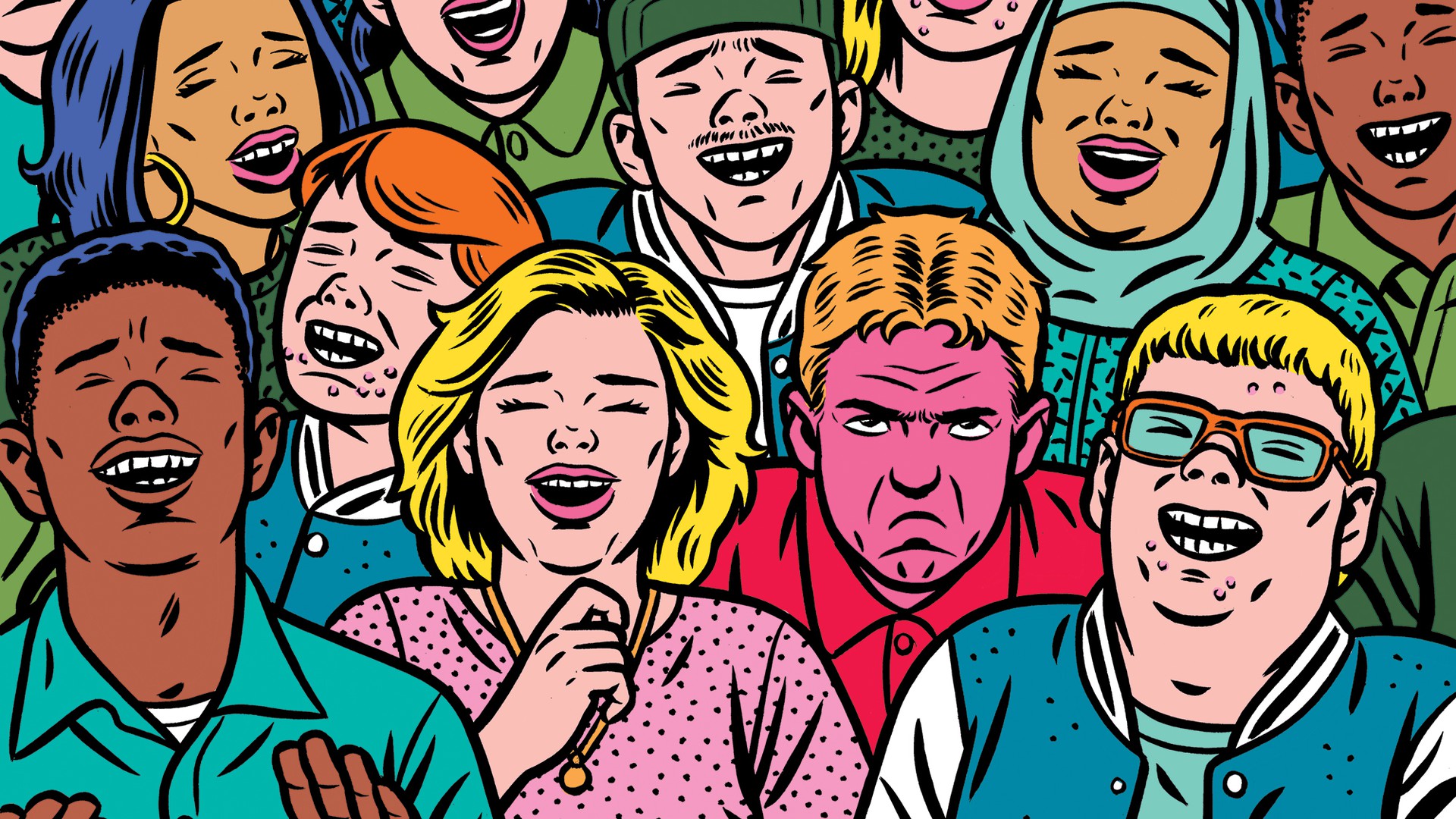 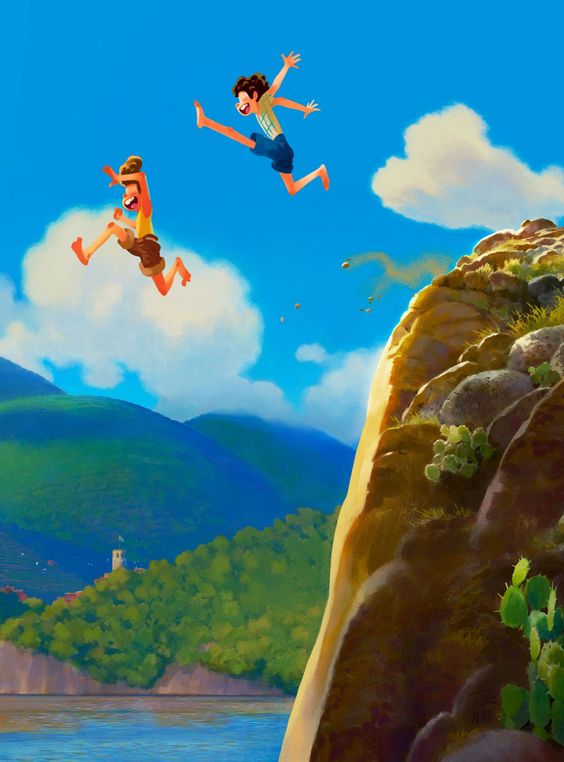