Here’s What Fast Fashion Does to Keep Up With Itself 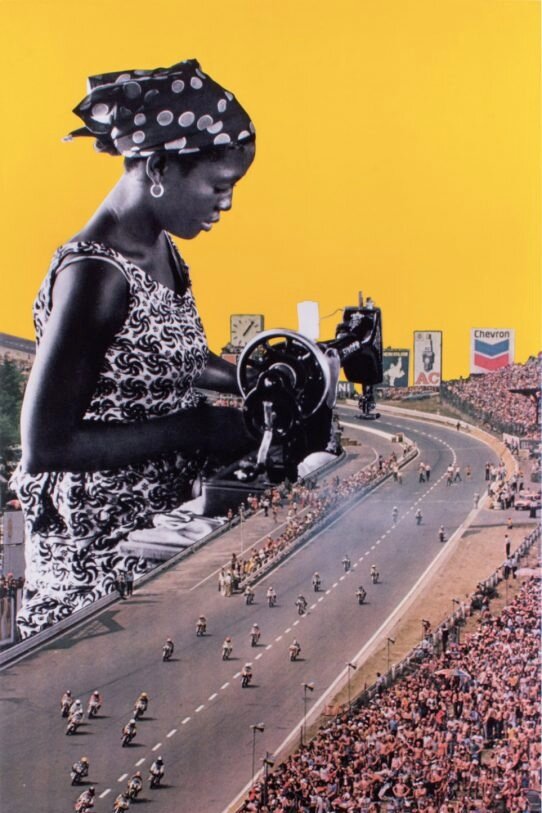 In some fast-fashion garment factories, workers resort to wearing diapers because they are expected to sit at the sewing machine 14 hours a day, barred from bathroom breaks. That is just one of the many ways the industry subverts the life and working experience of its labourers, amongst its other problematic aspects.

Unbeknownst to most, the fashion industry today is still very much run with archaic methods and machinery - from fibre production, spinning and weaving fibers into fabric, dyeing and sewing the pieces, and finally exporting them to local stores. These manual and laborious processes are not unlike those used over 50 years ago. Yet, it is producing millions more clothing today, with the rise of thousands more brands and fashion chains all over the world.

Today, consumption levels are at an unparalleled high - there is something almost insidious driving the need for us to acquire massive amounts of new items every year. We spend a disproportionate amount of our valuable resources: time, money and effort on things that are beyond necessity.

We live in an age where some (if not most) of us no longer need to worry about obtaining basic necessities. Now, we set out to amass accessory, non-essential items that we think are worthy of our investment - whether or not they really are often an afterthought we do not entertain.

Think of all the white elephants in our homes. The exercise equipment we told ourselves we would faithfully use, the clothing pieces that had looked better on the models online than they do in real life.

Through peripheral advertising and marketing ploys, we have been led to buy into the idea of a “lack” in our lives, a “lack” that certain products are apparently able to “make up for”. Recall the most recent clothing advertisement you have seen . In most of these, models are pictured to carelessly portray everything one so deeply desires - elegance, confidence, or just a way to wear one’s skin so comfortably  - all these qualities we unknowingly associate with the piece of garment they are wearing and the brand they represent. Too much of what we do is directed towards fulfilling the “illusory gap” that mega-corporations have engineered in our lives. And in this daily battlefield of choices - whether to choose to invest in making up for this “gap” or to invest in more meaningful things - we must remember that we are up against the best and most brilliant individuals, all hired to tweak and refashion our brains in the most subtle and imperceptible ways possible.

Consumerism and materialism today have long been associated with negative psychological effects psychologists. Because mega-corporations constantly seek to divert our attention, time and money from more meaningful things — like focussing on our relationships, getting out of student debt, or even saving for rainy-day healthcare needs, we end up making small decisions every day that may end up jeopardizing big things in our futures. More than that, we have unknowingly become the puppets of these multi-million dollar industries, slowly convinced that we will never have or be enough in life.

In the same vein, the fashion industry operates by selling us identities that we buy off racks, as we attempt to piece together who we think we are or who we want to be. In the next fashion season, “new” identities and personas are portrayed through a barrage of advertisements and launches, and we are drawn to these material goods once more. Fashion may have been a mode of self expression, but now, it also deeply implicates issues of self-consciousness and even social membership at the core.

Structural problems with the fashion industry

The point of competition in the fast fashion industry has become about cost. This is because consumer satisfaction is at the highest when we can acquire many material possessions at low prices. In another way, cheap and trendy clothing can be some source of “consolation” for some in contrast to the bigger things in life we need but cannot afford, like housing and pricey education. We buy and gather these garments, feeling materialistically richer each time. But realistically, the only people who truly get richer are the ones who run and own these corporations.

For these cheap pieces of clothing, there are people who pay the true cost. Garment factory workers in less developed countries are overworked, underpaid, and abused. Some retailers and “experts” are trying to explain away the sheer injustice that occur in these factories, claiming that “There are worse jobs out there for these people”, and “sewing is hardly dangerous, in fact, it is the safest and best option for them”. But to anyone who can objectively assess these circumstances, the reality is far from what they claim.

It may surprise you that clothing today is still produced in very old fashioned methods. From fibre production, spinning and weaving fabric, dyeing and sewing the pieces, to finally exporting them to our local stores. Hence, you can imagine that between the extensive labour required for these processes and the $9.99 price tag, something doesn’t quite add up. The fast fashion industry today is built upon making its labourers invisible. It is about making environmental impact invisible. It distances us from the people who make them and what they are going through, distances us from how our products are made, and what is required for these processes.

The average garment worker works 100 hours a week, when in some countries, it is illegal to work employees for more than 48. Some are even paid as little as three cents an hour. Factories are not only filled with health hazards and chemical fumes, they are often dilapidated and lack structural integrity. When workers protest for better wages or refuse to work in a collapsing factory, they are silenced by violence from their management, and the police fire live rounds into their rallies. Their conditions only get worse, and wages lower as these industries seek to become even more competitive in the market — imagine that one brand demands a production price of $2 per shirt. It would not be long before another brand comes along, and asks for even lower costs to out-compete their rivals. Factory managers often have to agree to these terms because they have no bargaining power - if they do not take the job, other factories eventually will.

Brands can claim they enforce minimum wage, workers’ rights, and ban child labour, but when humanitarian organisations push for laws to enforce these rights, the very same companies adamantly resist the movement, because these laws are an“impediment to free trade”. In the end, many brands are hardly held accountable for their own “voluntary code of conducts” by objective external parties.

Additionally, much of the attention in social activism is on the garment factories which produce the final clothing products, at the end of the production line. But the awful reach of the fast-fashion industry goes so much further than that. Workers in factories spinning threads to make cloth face the same issues. Cotton farmers are facing alarmingly high suicide rates as they fall into heavy debt with companies that monopolise the seeds, fertilisers and the pesticides, while they are only able to sell cotton to cloth-making factories at dirt chea in p prices.

And what about waste management? What about the dyes and chemicals that are dumped illegally into waterways of less developed countries, giving rise to rampant health issues and birth deformities?

In fast fashion, clothing has become almost like a disposable good. We buy them at cheap prices and toss them aside for new styles and trends, utterly detached from the people that have toiled for that one piece of clothing to reach our hands.

As consumers, we need to look beyond the price tag before us and recognise the true and weighty cost of fast fashion that we are not paying. This industry thrives on making us feel rich but leaves the Earth and its people desperately poor.

Trust me when I say we can no longer afford to continue down this road.

Sign up for the Great Singapore Swap here, and swap out your old clothes, books and more.
Interested in being a contributing writer to Crane? Introduce yourself here below!
Thank you! Your submission has been received!
Oops! Something went wrong while submitting the form.
Tags:
Sustainability

Here’s What Fast Fashion Does to Keep Up With Itself